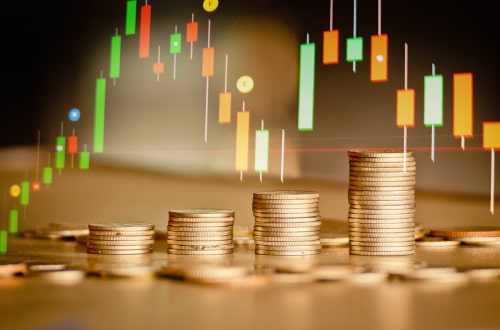 Gold's January rally took prices to nine-month highs Friday, with the precious metal up more than 5% since the start of the year. But industry experts are not ruling out some consolidation ahead of the Federal Reserve's February meeting.

Gold hit a nine-month high of $1,939 an ounce Friday on bullish technical momentum and safe-haven buying. At the time of writing, February Comex gold futures were at $1,925.20, flat on the day after some profit-taking.

Analysts describe a rapid rally in gold and warn that conditions are starting to look overbought.

"It is going to be choppy. I am neutral on gold until the Fed's meeting on February 1. Major resistance is at $2,000. But I would be surprised if we move above $1,950. We are likely to consolidate here until the Fed meeting," OANDA senior market analyst Edward Moya told Kitco News.

The overall outlook on gold remains strongly bullish, with many analysts looking for the precious to eventually get to $2,000 an ounce later this year and potentially even later this quarter. It is only the short-term view that looks potentially overstretched.

"It's been a skyrocketing move higher. If selling pressure kicks in, $1,900 might not be a strong level of support," Moya noted.

"The gold market is moving higher at a ridiculous rate. It is seeing higher highs, higher lows, and higher closes. That is good. And the U.S. dollar has been trending lower. Any correction at these levels would be a buying opportunity," Cholly told Kitco News. "I expect gold to continue to trend higher. I am bullish until we see a pullback to $1,850."

Cholly explained that gold is a unique market in that higher prices make the asset more attractive. "In other markets, such as raw commodities that are supply and demand driven, you reach a point where high prices are the cure for high prices — meaning that people stop buying at a certain price target or producers increase production. For gold, the higher it goes, the more people want it. We can easily achieve $2,000 in the first half of this year, if not sooner," he added.

The beginning of the year saw recession fears and movement in Treasuries, which was good for gold. "Year-to-date, gold is off to a good start," Moya said. "I still maintain my 2023 bullish outlook. We've seen it rally quite a bit, so there could be some weakness here."

All eyes will be on the Fed messaging come February 1, with markets pricing in a downshift to a 25-basis-point hike. This is a significant change of pace after the Fed went from hiking by 75 basis points in the fall to 50 basis points in December.

"The Fed has done enough messaging. But the labor market is a bit confusing. There has been enough weakness in the data already. They are likely to downshift to 25 basis points," said Moya. "For the Fed, a big risk is that inflation doesn't go all the way down."

The U.S. dollar moves are critical to watch in the next few weeks as markets anticipate a lower dollar as the Fed slows down rate hikes, added Cholly.

There are several critical data releases next week, including the U.S. Q4 GDP and the Fed's favorite inflation measure — the core personal consumer expenditure.

Despite deteriorating manufacturing and service sector data, the fourth quarter GDP is expected to show the U.S. economy expanding 2.6% after reporting growth of 3.2% in Q3.

"Consumer spending should be an important driver given the strong performance in October, but aside from that, the growth will largely be focused on net trade and inventory building," said ING's chief international economist James Knightley. "This is not 'good' growth. Imports are falling because of the deteriorating domestic growth story, while inventories are increasing, partly because of improved supply chains but also because demand is not as strong as many businesses expected. The GDP growth figures over the next few quarters will be much weaker."

The core PCE price index is expected to slow to 4.4% on an annual basis in December from November's pace of 4.7%.

"[This] would confirm the easing trend in price pressures. There are no scheduled Federal Reserve speakers due to the proximity to the upcoming FOMC meeting and the self-imposed 'quiet period'. We expect a 25bp interest rate increase on February 1," Knightley added.