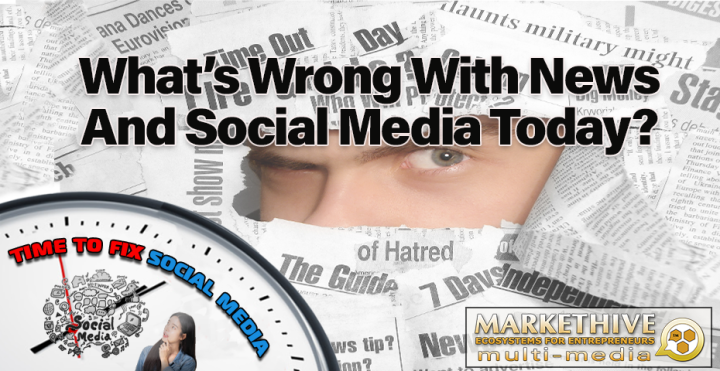 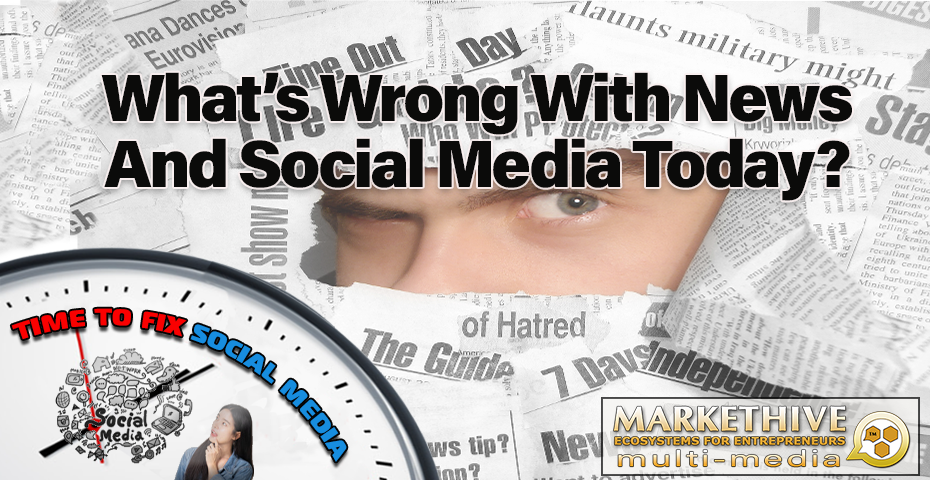 Journalism, investigative correspondents, and even freelance writers are essential to that ecosystem. High-quality reporting revealing brutal truths and users' scope and exposure on social media to either create or access information are forces that can drive genuine societal change. And even keep the power structures in check.

Despite the positive aspects mentioned above, harmful practices and negative external forces related to the media ecosystem often eclipse them. These issues are usually easy to recognize once they’re identified. Therefore, it is important to acknowledge them and spread awareness about their potential risks.

Doing so will help you make informed decisions about how you use media and how it can impact your life and the lives of others. The following are a few issues pervasive in many digital news sites, forums, and social media platforms.

Implicit Bias vs. Explicit Bias
An explicit bias in media has two types: explicit and implicit. It is possible for publishers with explicit biases to control the framing of stories in their publications by overtly dictating the types of stories that are covered. They push their agenda by using narrative fallacies or false balance.

Implicit bias refers to unintentional filtering or skewing of information. This can occur by turning a blind eye to specific topics or issues because they would tarnish an advertiser's image. These are known as no-fly zones, and because the news industry is financially troubled, these zones are becoming increasingly dangerous.

The term 'fake news' is frequently used to describe poorly written news content or inaccurate news reporting, as well as conspiracy theories and poorly written or incorrect tweets by politicians. Fake news might refer more broadly to information that an individual disagrees with.

Context Stripping
Through social media, stories are shared widely by many participants, and the most compelling framing usually wins out. More often than not, the truncated, provocative posts spread the furthest. The process of stripping context away from an idea may distort its meaning.

Sharing video clips on social platforms is a perfect example of this context-stripping process. Despite the absence of context, much discussion occurs around the video, especially if it’s controversial or shocking. As a result, viewers are unintentionally encouraged to stereotype the individuals in the video and to bring their own preconceived notions to the discussion table, helping fill the gaps.

Cherry Picking
Media contributors search for attention-grabbing story angles to make their point in an article. This may result in cherry-picking information and ideas. Because the content is usually accurate, it makes sense on the surface, but it is missing critical context.

So cherrypicking can be questionable and compromising. It is tempting to create simplistic narratives that are compelling such as good-vs-evil, but real-world situations are often much more complicated than they appear.

Desperate Times Call For Desperate Measures
Journalism is experiencing difficult times. Newsrooms are working with less staff and budgets, and 'churnalism' is one outcome. This term describes the act of publishing articles directly from wire services and PR releases. Even if it isn't widely known, 'churnalism' replaces more rigorous reporting. It is also an avenue for advertising and propaganda and harder to recognize as news.

Paywalls
The drive to generate revenue is leading to other issues as well. Quality content is increasingly being restricted to subscribers only, otherwise called paywalls. This has resulted in a two-class system, with subscribers receiving in-depth, well-researched news and everyone else having access to trivial or sensationalized content only.

It’s not only about people with limited incomes; young people are also widely included. The average age of a paid news subscriber is 50 years old, raising concerns about the future of the subscription business model.

Advertisement Clutter
Desperate times have led to desperate measures for advertising-reliant outlets. User experience has taken a backseat to ad impressions, with ad clutter (e.g., auto-play videos, pop-ups, and prompts) constantly interrupting content. One or two ads on a web page are manageable, but when ads overrun the site, it's distracting and disorienting.

Surveillance Capitalism
In surveillance capitalism, organizations collect large amounts of data about their customers, employees, and other groups that are viewed as valuable sources of information. This information can be used for various purposes, such as generating revenue by selling data or predicting consumer behavior and targeting them with highly personalized advertising campaigns to increase their profits.

Some organizations capture and profit from individual information utilizing browser fingerprinting. When you visit certain websites, third-party companies scan your device and browser settings to track you online. Despite all the opt-in privacy prompts, these third-party trackers can still watch your every move digitally. Most people are not aware of this process.

Deplatforming
Many individuals and communities have been banned from social and publishing platforms for various reasons. While harassment and violence, fake accounts, and bots are obvious reasons to remove the offenders’ accounts, many would argue the rules are inconsistently enforced. Users are falling victim to being suspended or deleted from a platform for having a different point of view than the mediators of the platform.

While we all are responsible for our online behavior as individuals, platform owners must also be careful to preserve the value of their platforms by avoiding over-zealous enforcement tactics that could lead to deplatforming. Invariably this causes irrefutable damage to the individual or company with a loss of followers and content.

In many cases, this behavior from specific platforms is seen as a structural bias and agenda-setting from the top down by placing importance on selected topics and is very quick to censor legitimate political discourse or other forms of honest expression. A problem that seems ingrained with legacy social media and a battle we can’t win.

Argument Culture
It’s ultimately deviating to an adversarial approach when encountering people with an opposing worldview. Two examples of this are Twitter flame wars and broadcasts where hyperpartisan critics argue. While these are fun for some people, these activities do not require critical thinking or problem solving and are not helpful for the overall health of our society.

A flame war is created when multiple users engage in inflammatory responses to an original post, sometimes flamebait. Flame wars often draw in many users, including those trying to defuse the flame war, and can quickly become a mass flame war that overshadows regular forum discussion.

When engaging in argument culture, people will often cherry-pick facts to strengthen their argument, ignore facts that weaken their argument and dismiss facts that reinforce the opposing argument. This approach to facts is often referred to as post-factual. Similarly, people often use hyperbolic language when arguing with others.

Brigading & Social Bots
Social media companies can be powerful enablers and disrupters where users can communicate in new and meaningful ways to help foster community engagement. On the other hand, they can also pose some unique challenges. They are driven by algorithms that privilege engagement with certain kinds of content over others.

There are autonomous or human-run accounts on certain social media platforms that manipulate discussions and boost specific messages. This alters the tone of online discourse and artificially inflates the spread of messages. These accounts often promote particular agendas, benefit specific groups, or spread misinformation. This type of social media manipulation is referred to as brigading.

Some websites use bots to delete specific comments that they feel do not fit into the narrative of their website and promote what they consider “positive” comments instead. The potential consequences of using bots to promote or suppress specific comments will negatively impact the website and be perceived as one with an agenda that does not allow open discussion. 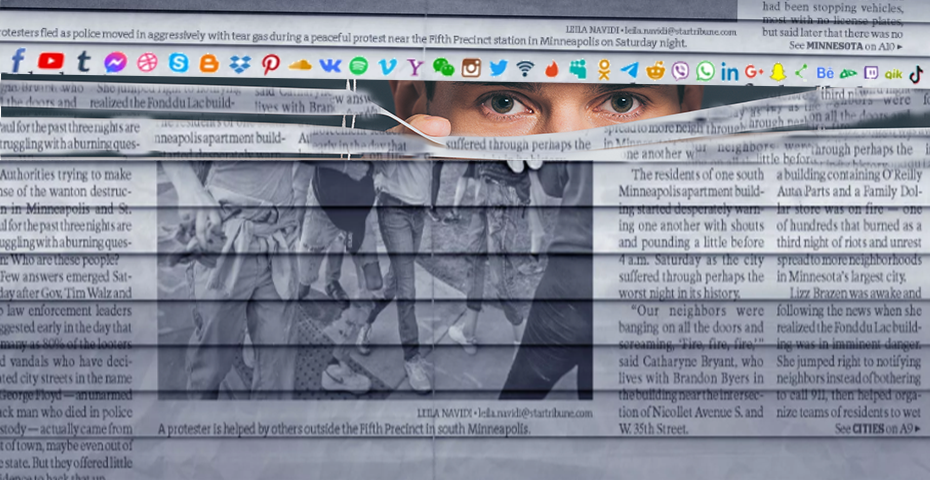 Who Can You Trust?
The issues mentioned above have led to a significant decline in confidence and trust across the various media outlets. A study of news media perception from 40 nations revealed that trust varied widely around the world, with European media trusted the most. Western Europeans trusted their media more than those in other parts of the world, and the Finnish were the most trusting, with 65%. The United States and Slovakia scored near the bottom regarding how much consumers trusted their news media at 26%.

The source is one factor that plays a significant role in whether or not an individual trusts news. On a global level, social media was the least trusted news medium, with Europe and North America leading this sentiment. A survey of U.S. adults found that most news on social media was regarded as biased.

Young people worldwide find it difficult to rely on mass media due to its current climate of polarizing political events and fake news. Older generations also share this viewpoint, and one of the top reasons for avoiding news was the inability to rely on its truthfulness.

Alternative Conservative Platforms Stand Up
Participants who lack trust in these disingenuous and agenda-driven platforms or feel their voice is not heard are migrating to other websites where they can be heard. More alternative media are popping up, Conservative-based, bi-partisan, and some are even non-partisan, with their only agenda being freedom of speech, liberty, and sovereignty.

Conservatives are expanding their media outlets, aggressively building a conservative ecosystem with their own apps, cryptocurrencies, social media, and publishing houses. It includes Trump’s Truth Social and Gettr, launched by ex-Trump aide Jason Miller, with Rumble, the conservative alternative to YouTube, driving the news.

It is their effort to counter the perceived escalating liberal internet and media institutions and stand up against the developing cancel culture and censorship rife in legacy media. That is very commendable; however, it may well be perceived as still having a right-wing agenda that has the potential to stifle the platform’s ability to proliferate. 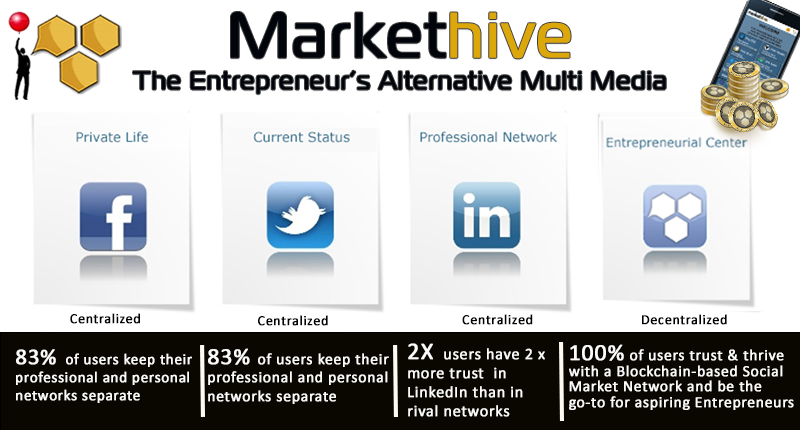 An Alternative To The Alternative
Where can the people go who have no agenda, are critical thinkers, and have a completely unbiased worldview? People with an entrepreneurial spirit and a “live and let live” attitude that can rise above the injustices, evil trickery, and pettiness of the world.

Today, the Markethive Social Market Broadcasting Network is growing in prominence as the ecosystem for entrepreneurs with a non-adversarial, bipartisan free speech ethic and a collaborative culture. It is a system of all things media, including a video platform and news broadcasting. It is a culmination of several distinct mechanisms that will harmonize, delivering the resources we need for everything we do online in a decentralized sovereign environment.

Markethive Media has embraced blockchain technology and cryptocurrency, building an ecosystem that belongs to “we the people,” eliminating many of the issues plagued by media outlets today. With its meritocratic culture, dynamic social media interface, and growing community, Markethive is enhancing and bringing the platform into the future internet with new technology and interfaces, but still in keeping with the human touch.

There is no simple solution to the current problems facing news and social media. However, suppose we are more media literate and aware of what’s happening. In that case, we are better equipped to circumvent or even help fix these broken systems by encouraging honesty and transparency in communication channels that bond society, given that these mediums have become the primary source of information and interaction in the current dystopian climate.