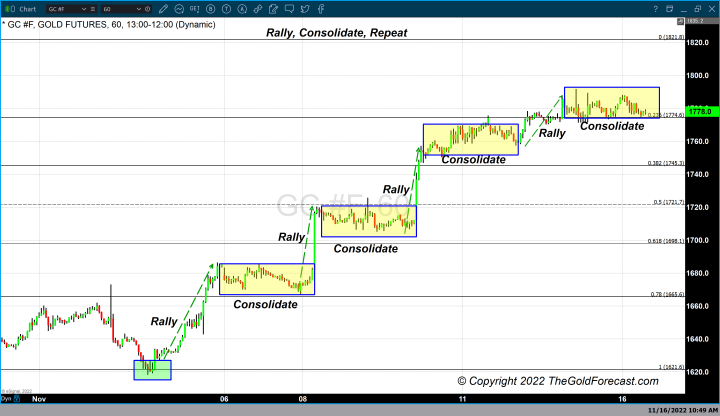 Gold has shifted gears from extended rallies followed by a multi-month correction to its current almost parabolic upside move. This move began during the first week of November and continues to this day. In fact, we are getting the first indications that the extended correction at least for now has concluded and a new stage has begun. The best way to describe the characteristics of this recent rally is using a short-term 60-minute chart which clearly shows that gold is in a defined cycle. That cycle has three components; rally, consolidate, and repeat. The chart below is a 60-minute candlestick chart of gold futures which visibly illustrates that characteristic. 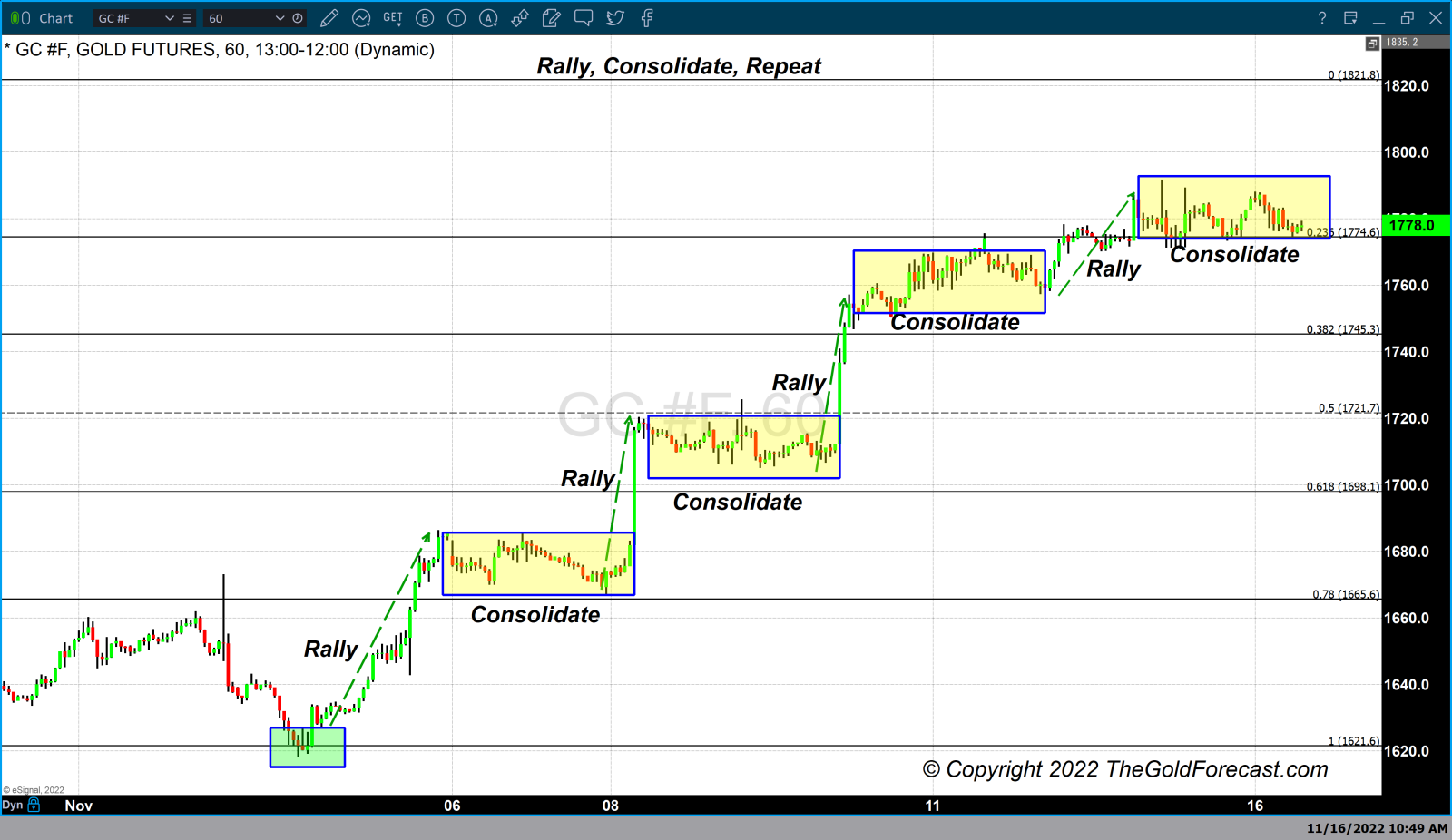 Gold has in all likelihood concluded the multi-month correction that began in March 2022. This extended correction began after gold completed a dynamic rally. This rally took gold futures from approximately $1780 during the first week of January to gold’s highest value in 2022 at approximately $2078, resulting in a $300 gain per ounce. After gold traded $10 below the record high of $2088 the precious yellow metal began an extended multi-month correction from March to November.

The chart below is a daily candlestick chart of gold futures from the beginning of January to November 16. After hitting $2078 in mid-March gold would trade through a series of lower highs and lower lows. Gold would trade to four consecutive lower highs and two consecutive lower lows before finding potential support defined by a near triple bottom that began at the end of September and concluded at the beginning of November at $1621. 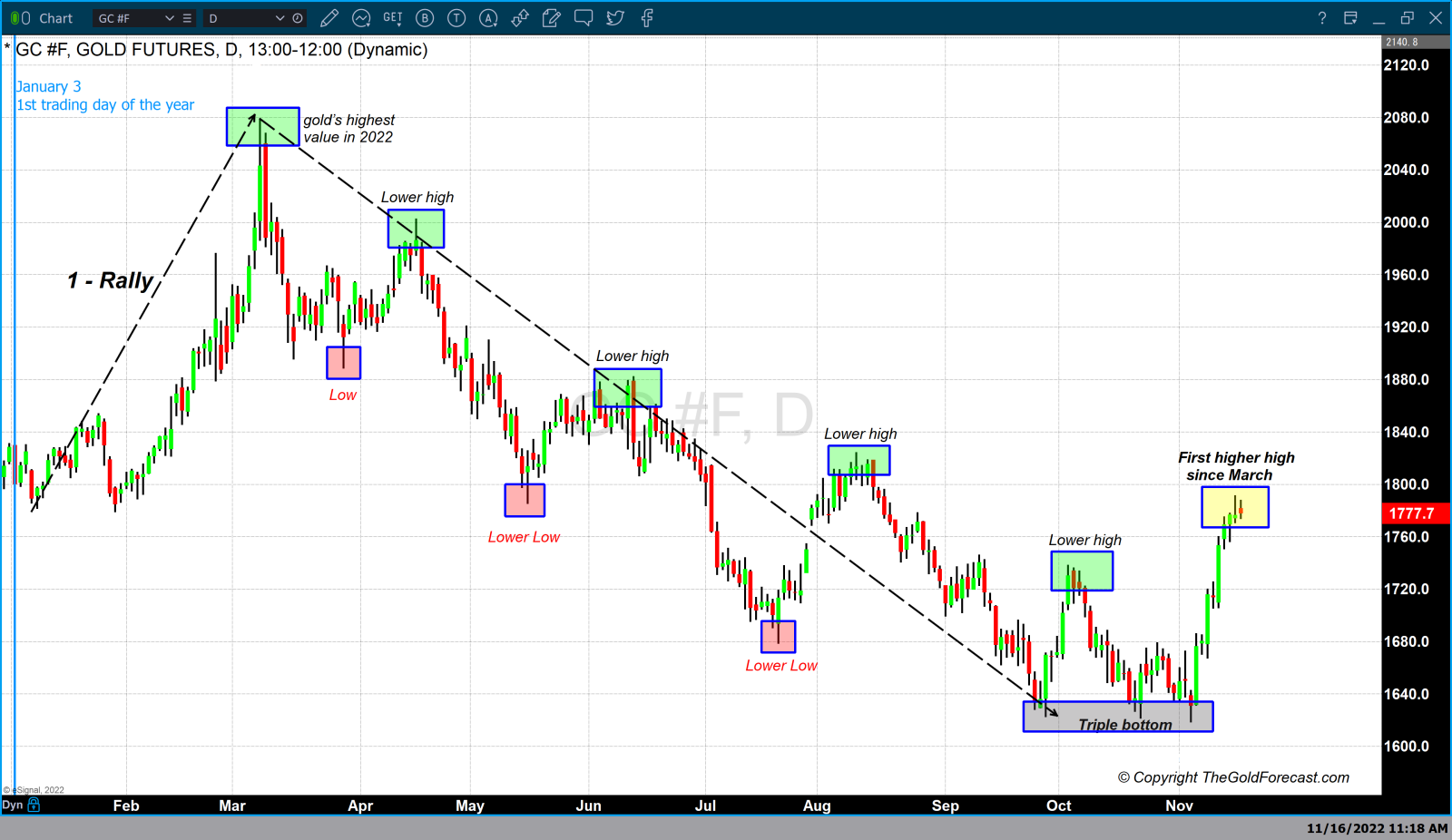 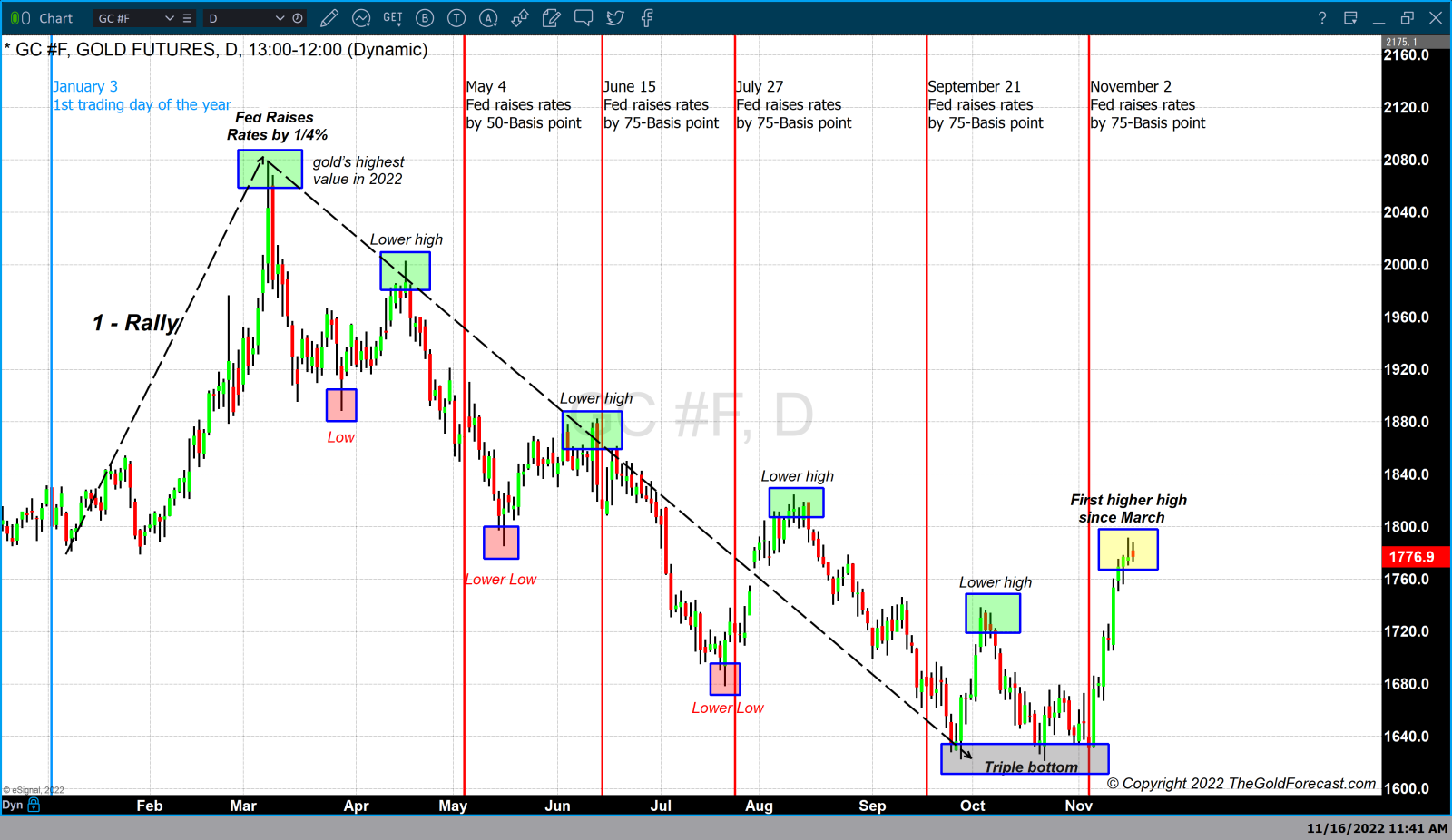 It is now anticipated that the Federal Reserve will begin to change the size of any additional rate hikes beginning in December. According to the CME’s FedWatch tool, there is an 85.4% probability that the Fed will only raise rates by 50 basis points rather than 75 at the December FOMC meeting. The thought of the Federal Reserve easing the amount of each rate hike has given a tremendous boost to the price of gold.

The recent climb from $1621 to $1777 (the current price of December futures) is directly attributable to the belief that the Fed will ease the magnitude of the rate hikes in December and 2023. This is why we have seen such a strong rise which has taken gold futures to a higher high than its previous high for the first time since March. In under two weeks, gold has moved over $150 by having a rally, then consolidating, and then repeating the process.