Gold remains relatively muted as market participants await the start of the Federal Open Market Committee meeting tomorrow. As of 5 PM EDT gold futures basis, the most active December contract is currently trading at $1685 with a net gain of $1.50 today. The December contract opened at $1685.40, traded to a low of $1667.60 and a high of $1688.80 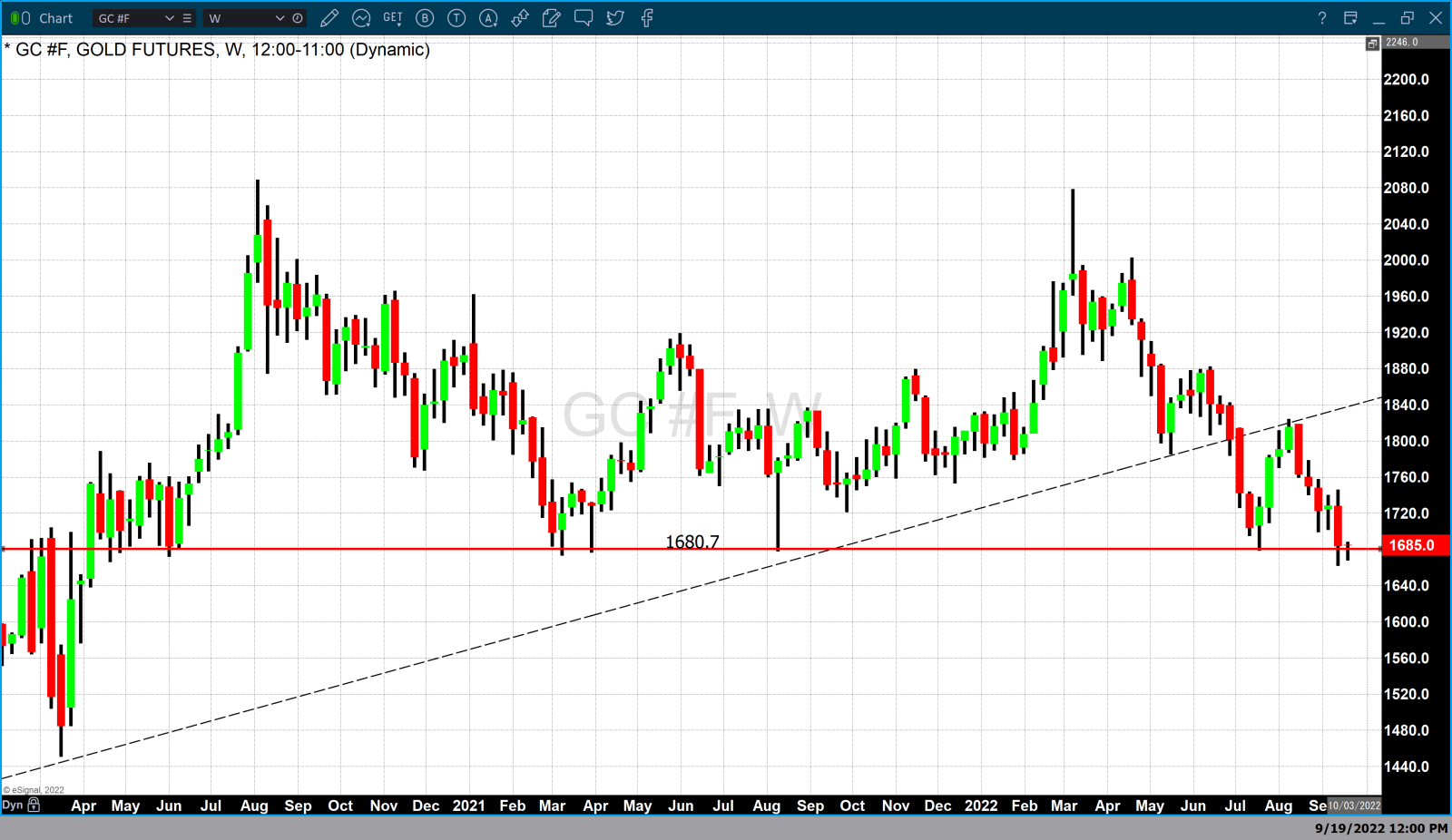 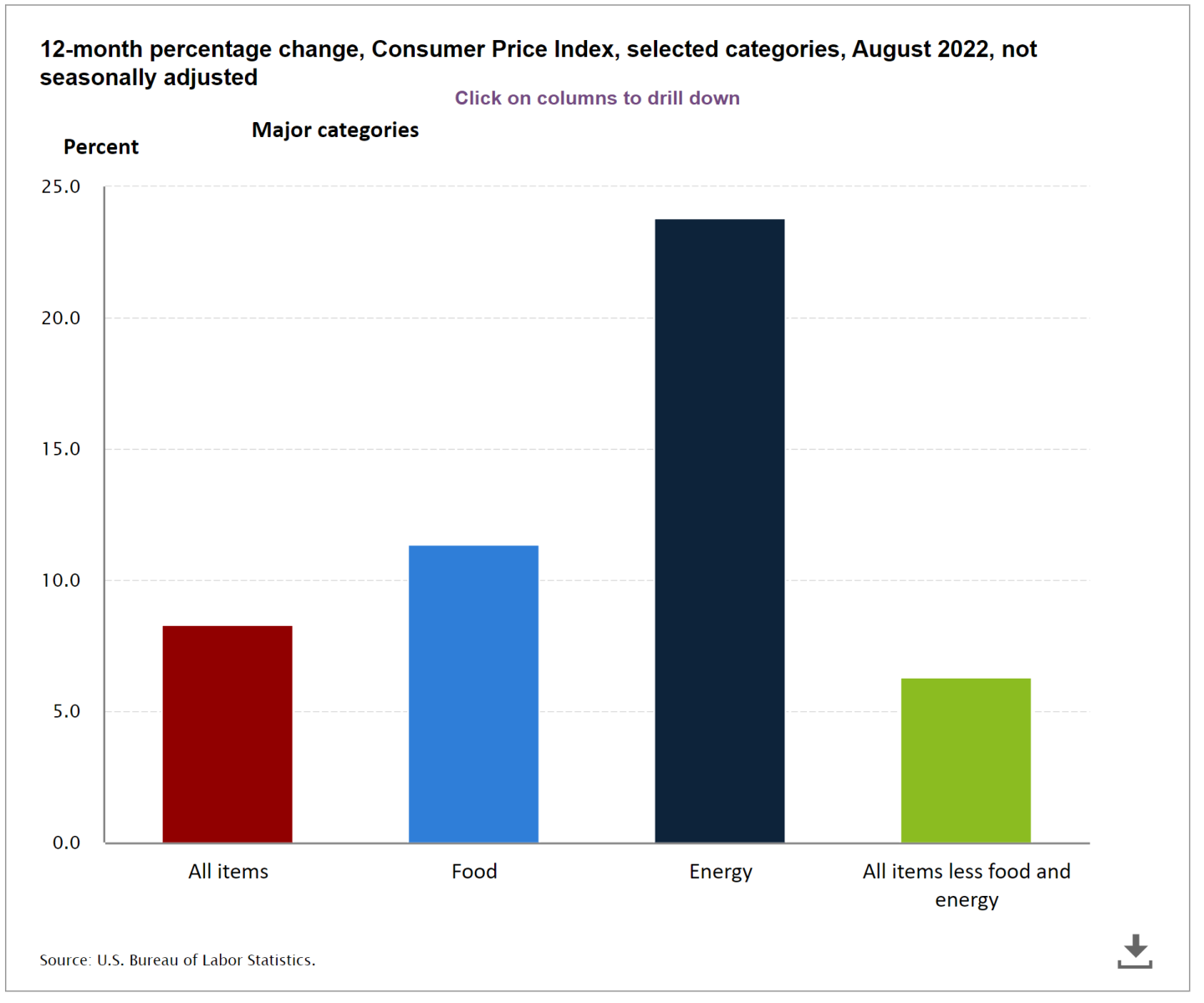 Market participants are anticipating the Federal Reserve to announce the latest interest rate hike after this week’s FOMC meeting on Wednesday. Beginning in March of this year the Federal Reserve raised the “federal funds rate” for the first time since 2018 by 25 basis points. They continued to raise rates at the May, June, and July FOMC meetings. The net result was the Fed moved rates from near zero to its current level of 225 – 250 basis points. According to the CME’s FedWatch tool, there is an 82% probability that the Fed will raise rates by 75 basis points on Wednesday. This would be the third interest rate hike of 75 basis points this year.

The majority of the decline in inflation is directly attributable to lower energy costs, with the gasoline index falling 7.7% in July. However, inflation for other essentials continues to be elevated. Prices for food at home rose 13.5% for the year ending in August.

The graph above shows the 12-month percentage change in four categories in the Consumer Price Index. It clearly illustrates that the Federal Reserve is far from reaching its inflation target of 2% and has had only a minimal effect in reducing inflation even though it raised rates for the last four consecutive FOMC meetings, and will almost certainly enact another large rate hike of at least 75 basis points.

For more information on our service, simply use this link

Wishing you as always, good trading,