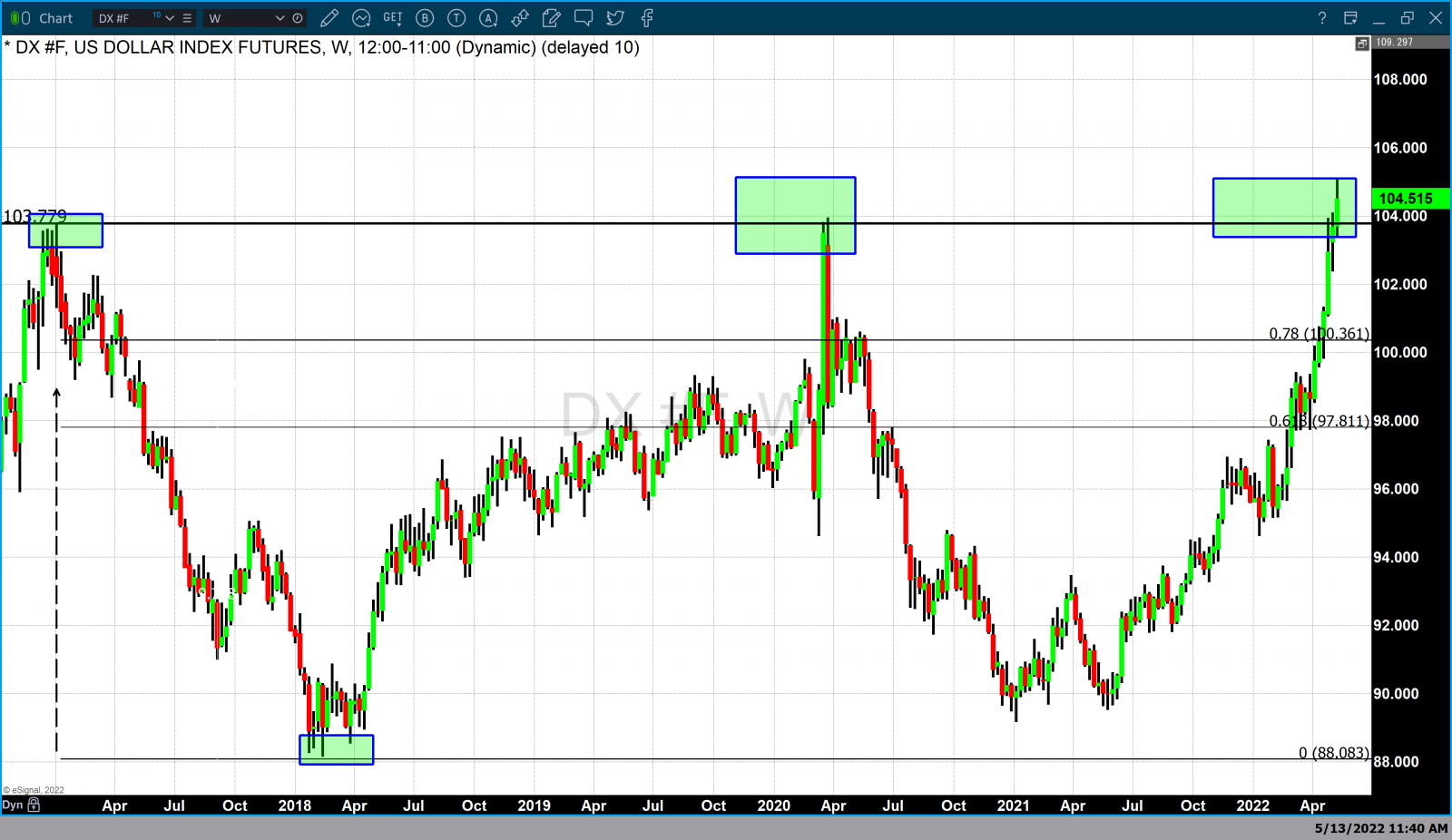 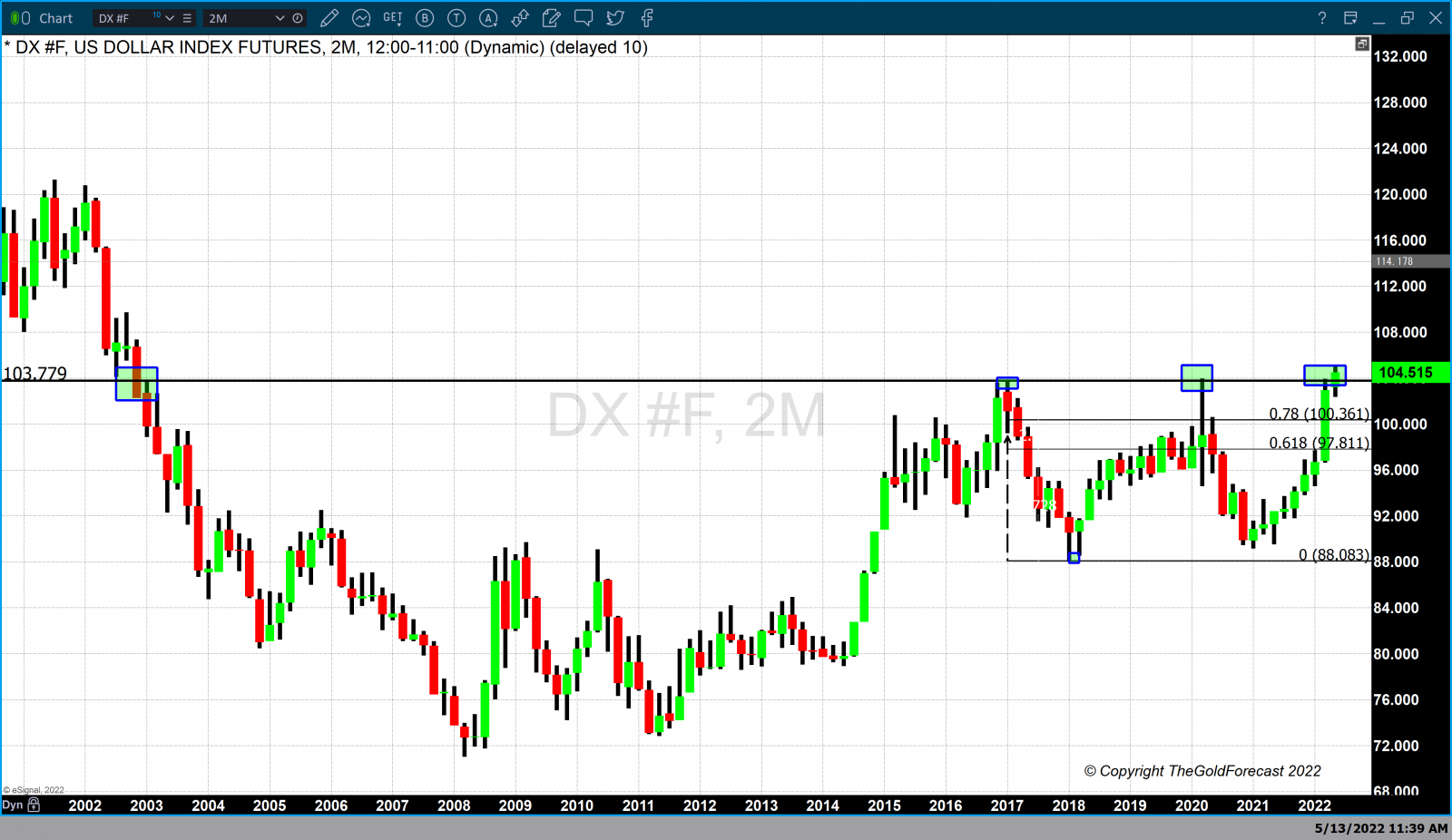 Both the 2017 top as well as the second instance which occurred in March 2020 created a double top. In both instances, dollar strength peaked at these levels resulting in a price correction that followed these tops. This month the dollar not only challenged the highs created during the double top but effectively closed above them on a daily, weekly, and monthly chart.

Yesterday I addressed that recent price changes in the dollar and gold have been headlined driven based upon fundamental events. Because technical studies by nature are lagging indicators there is an inherent disconnect. I was blessed to be mentored by two great market technicians one being Larry Williams. He told me a story that illustrated the shortcoming of only using technical indicators.

To paraphrase: A market technician is analogous to someone standing at the stern of a boat and using the wake from the propeller to indicate the direction the ship was headed. While it indicated where the boat had been, only the captain knows when he will turn the wheel.

In this instance the Federal Reserve is at the helm attempting to steer the ship through a storm brought on by rampant inflation.