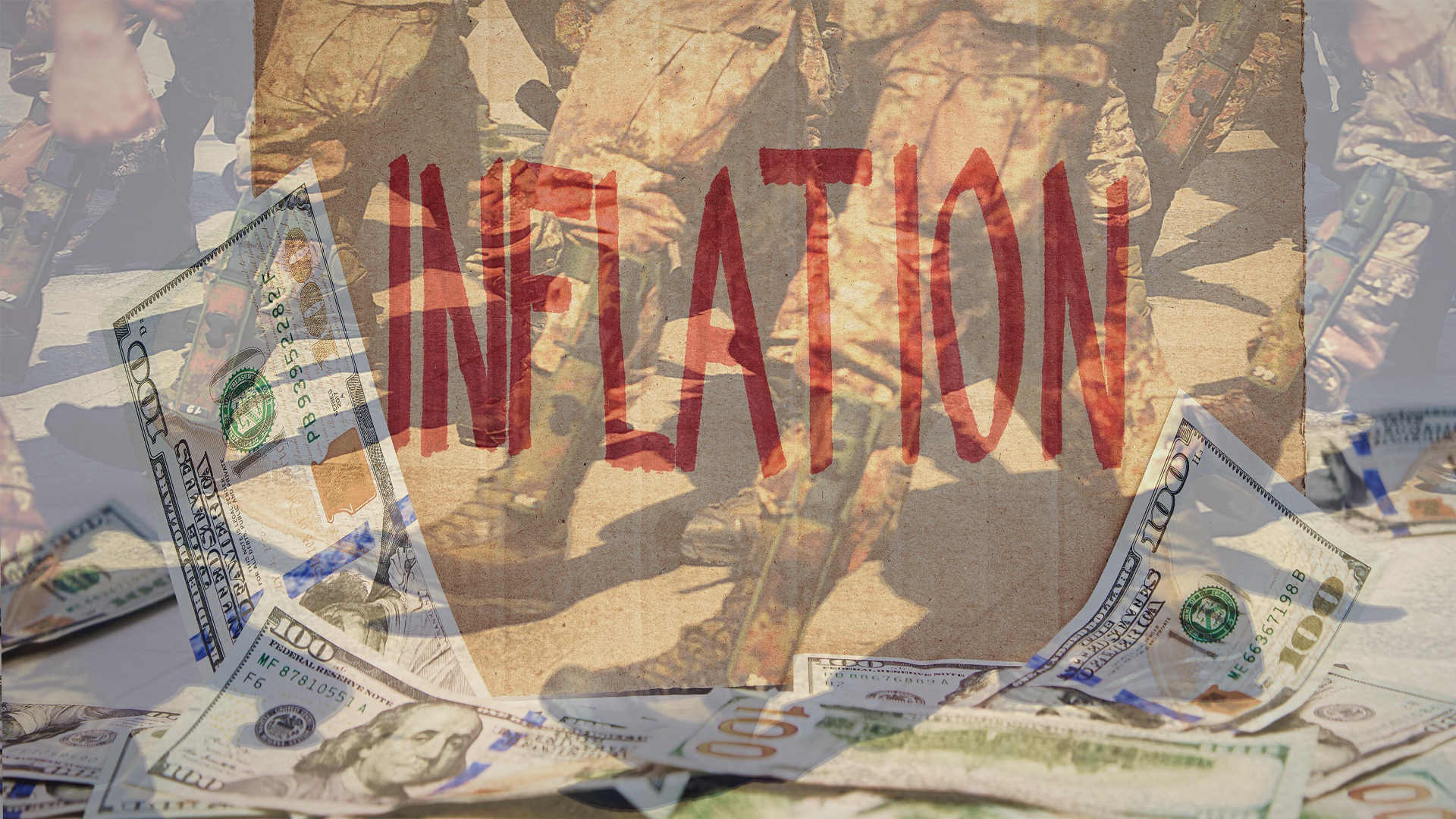 Gold moves higher as investors refocus on inflation and Ukraine

Unquestionably market sentiment oscillates amongst the investment community focusing upon inflationary pressures and Ukraine or on the Federal Reserve’s tightening of their monetary policy. Inflationary pressures and the war in Ukraine create bullish market sentiment for the safe-haven asset class, specifically gold. In contrast, reactions to the Federal Reserve’s monetary policy, which includes a series of rate hikes and runoff of their balance sheet assets, lead to bearish market sentiment in gold. 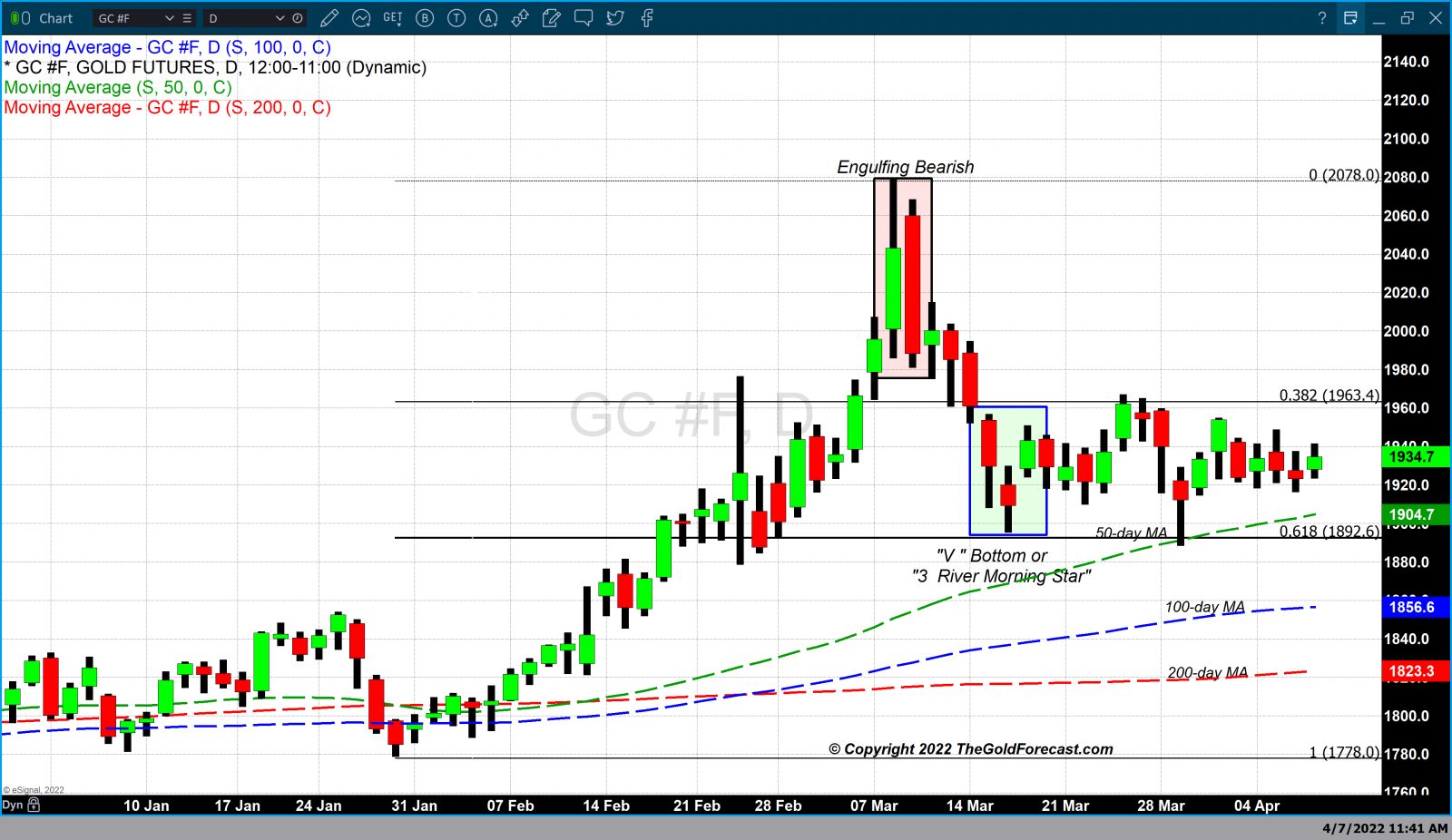 It seems that from day to day, market participants will move back and forth between these factors. As for today, market participants are once again putting their primary focus on the inflation continuing to move higher and the war in Ukraine. In regards to the war, it seems highly unlikely that a peaceful resolution will be forthcoming any time soon. Rather concerns have emerged over the excessive military action and targeting of civilians in Ukraine. The war in Ukraine has also affected levels of global inflation, taking them higher. Currently, Ukraine and Russia collectively export a large percentage of wheat and other agricultural products to countries in the European Union, and the war has pressured agricultural products such as wheat higher.

As of 4:10 PM EDT, gold futures basis most active June 2022 contract is up to $11.50 or 0.60% and is currently fixed at $1934.80. Gold traded to a high today of $1941.70 and a low of $1923.30. Concurrently the dollar has been extremely strong this weekend, providing moderate headwinds for gold prices. The entire precious metals complex on the futures markets has shown gains on the day.

Silver futures are up almost a full percent (+0.97%) or $0.23 and are currently fixed at $25.695. Palladium futures are trading 2.62% higher on the day at $2242 per ounce. However, it must be noted that there has been exceedingly high volatility and downside selling pressure over the last five weeks. During the week of March 7, palladium traded to a record high just above $3400 an ounce and, compared to current pricing, has given up roughly 30% in value. Russia is one of the primary producers of platinum and palladium and provides roughly 30% of the palladium used in the automotive industry’s production of catalytic converters. 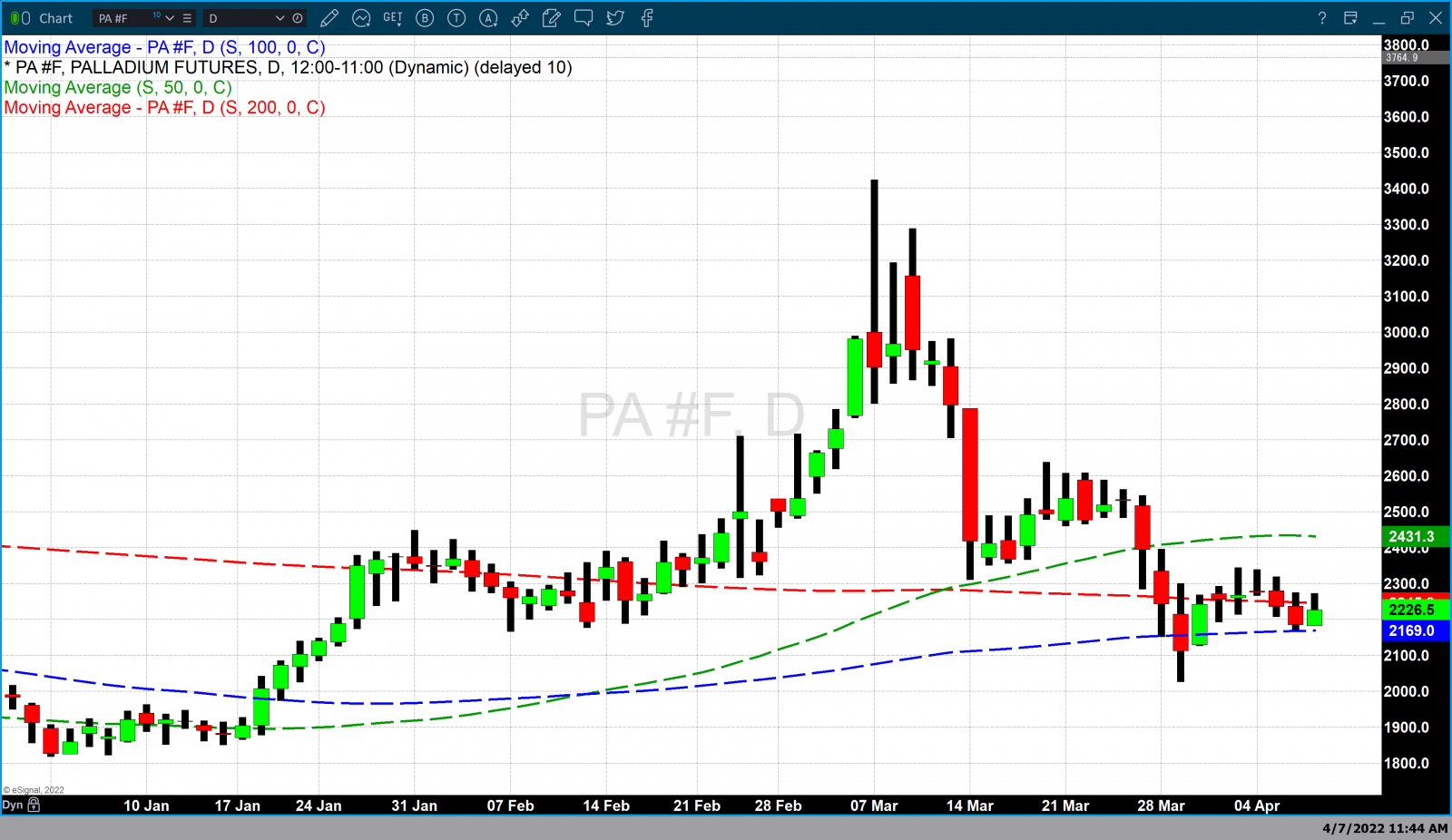 Additional sanctions by the United States and the European Union further isolate Russia. Still, it also increases the probability of dramatic military action as a response or rationale for escalating their military campaign.

Lastly, market participants continue to focus on the minutes from the March FOMC meeting, which were released yesterday, and statements made by Federal Reserve members, which indicate a much more hawkish tone and pace at which they will tighten their monetary policy to decelerate the pace at which inflation is rising.