The Tesla CEO isn't known for being shy about DOGE and BTC on Twitter. 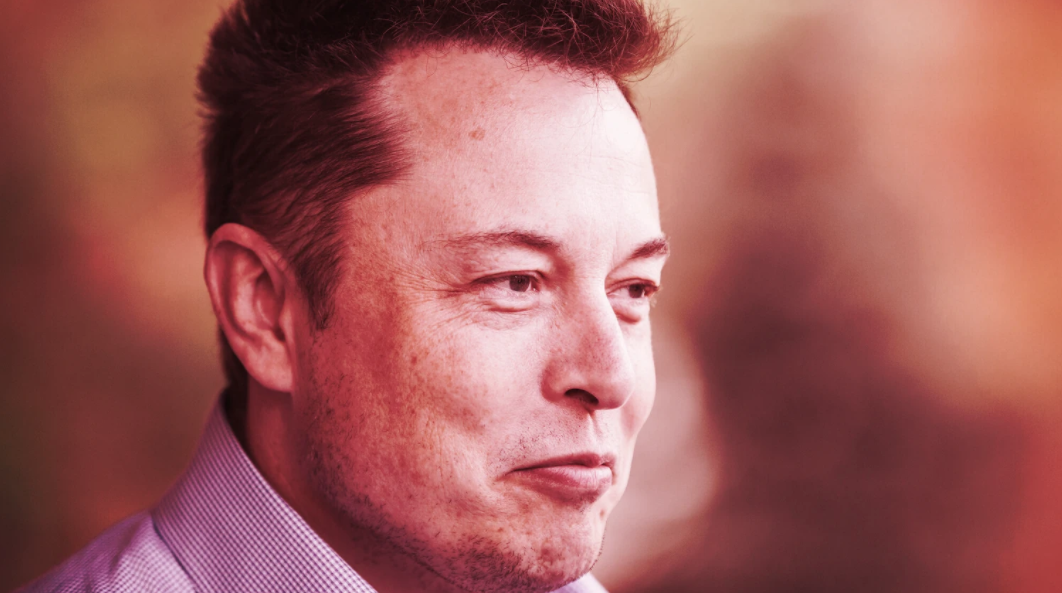 Have you ever had a partner who was no good for you? Your parents, your friends, even the voice in your head told you to split up, but before you knew it, you were married with three kids.

For Tesla CEO Elon Musk, that partner is Twitter. The SEC warns him off of tweeting things that can move the market, and what does he do? He goes and buys a 9% stake in the company—and joins the board to boot.

The latest concern is that Musk's appointment could revitalize scrutiny of the automobile kingpin from the Securities and Exchange Commission, which is tasked with protecting consumers from things like market manipulation. While the agency has fined Musk for tweets it regards as ill-timed and/or misleading related to Tesla, the South African has also been known to inflate crypto market prices in under 140 characters.

Musk first started tweeting about cryptocurrency in January 2018 with Musk-founded The Boring Company's release of flamethrowers (not a typo):

From February 2018 through at least February 2019, Musk publicly maintained via Twitter that he owned no cryptocurrency aside from 0.25 BTC that a friend had sent to him.

But in April of that year, something shifted as Musk declared (jokingly or not), "Dogecoin might be my fav cryptocurrency. It's pretty cool." What followed was a years-long love affair with the joke coin, based on a meme involving a Shiba Inu dog. Decrypt has previously reported that Dogecoin searches spiked from 2019 through 2020 around the times Musk tweeted about the coin.

There's also general agreement that Musk's tweets—including "Dogecoin is the people's crypto" and a photoshopped allusion to "The Lion King" in which he anoints DOGE—helped push Dogecoin's price upward from under a penny in January 2021 to an all-time high of $0.73 on the day of his May 2021 "Saturday Night Live" appearance.

Musk's DOGE involvement goes beyond shitposting. He's actually been working with part-time Dogecoin developers to improve the blockchain since 2019. In May 2021, he tweeted that the immediate goal was to "improve system transaction efficiency," adding that the work was "potentially promising."

While Bitcoin was frequently the butt of Musk's jokes (he called it "almost as BS as fiat money" in December 2020) he made something of an about face in February 2021, when Tesla announced it had $1.5 billion in BTC in its treasury. At the time, several lawyers told Decrypt that Musk's Twitter habit likely didn't cross a legal line, at least with regards to cryptocurrency.

Nonetheless, said Anderson Kill partner Preston Byrne, “CEOs of companies with substantial Bitcoin holdings will need to be very careful before talking their Bitcoin books in a fashion that might move the markets to ensure their statements are not part of anything which might be viewed as a manipulative or deceptive device or contrivance in the context of either the commodity or securities domains.”

How big is Twitter's verified NFT feature for the future of NFTs? Decrypt's Dan Roberts, Andrew Hayward, Jason Nelson, and contributor Kate Irwin break it down. Join live to ask questions and post your comments.

Musk has rarely been categorized as "careful," however. In 2018, the agency argued that a series of tweets about taking Tesla private constituted securities fraud and mandated he step down as Tesla chairman; less than a week later, he called it the Shortseller Enrichment Commission on Twitter. In July 2020, he tweeted, in an ostensible reference to his genitalia that SEC stood for something else: "SEC, three letter acronym, middle word is Elon's."