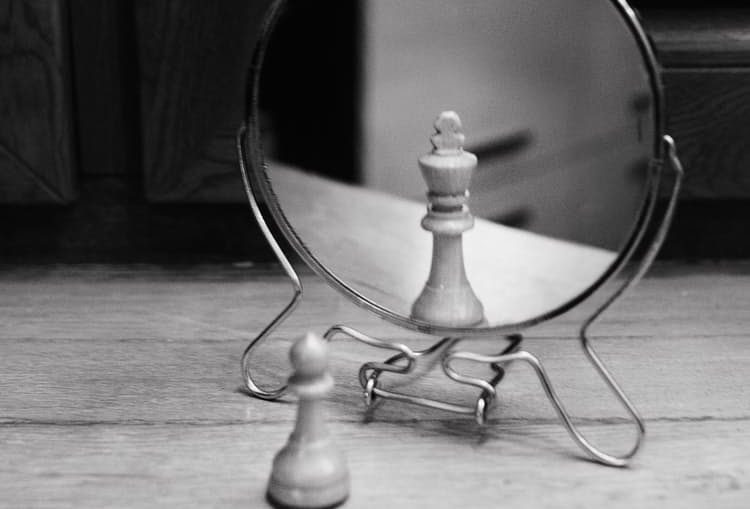 "This above all: to thine own self be true."

Bill Shakespeare had a talent for phrasing basic truths well, and this quote is no exception. (Even if you lie to others, don’t lie to yourself, or you’re in real trouble.)

Much has been said about the American self-image, going back to its inception as an upstart nation that imagined it could succeed as a republic, as Athens had failed to do. And, indeed, the US encountered the same basic problem as Athens: having once created a republic – a nation in which the rights of the individual are foremost. Maintaining that condition is not only a constant battle but extremely unlikely over time.

As Thomas Jefferson said, "History hath shewn that, even under the best forms, those entrusted with power have, in time and by slow operations, perverted it into tyranny." He anticipated that, given enough time, the nascent United States would devolve into a tyrannical oligarchy. It has now had that time and has become a tyrannical oligarchy.

It must be said that the US still displays the accouterments of a proud republic, but, at this point, it’s for show only. The inner workings of the US are not that of a republic, nor even a democracy. The US is a quasi-capitalist/quasi-socialist amalgam that’s run by a corporatist oligarchy. Whilst it still has an elected president and congress, those individuals are, at this point, cardboard cutouts who are only allowed to pursue their personal pet projects if they fit in with the unelected Deep State that’s truly in charge.

It’s important to mention that the challenge to the republic began in George Washington’s first cabinet, through regular squabbling between the three cabinet members. But, although the deterioration continued for another hundred years, the US did not abandon its principle to stay out of world affairs for its first hundred years. That occurred by 1900, under the voracious nationalist appetite of one Teddy Roosevelt. The US government began its foray into the empire and never looked back.

Through two world wars, the US wisely held back as European nations beat each other to pieces. Instead, they supplied the combatants with armaments and charged them in gold. In each war, by the time the US jumped in to win the day, their troops were fresh, their armaments were substantial and much of the wealth of Europe had been transferred to them, assuring that they’d prevail at the end of the war. Consequently, they ended the war as the richest nation on earth, whilst the other nations lay in ruins, both physically and economically.

And So Began The Next Era

One in which Americans saw themselves as the "winners" of the wars, as well as the king of the mountain. By 1958, Eugene Burdick and William Lederer had written their novel, "the Ugly American," which accurately presented American diplomats as presumptuous and arrogant. Although Messrs. Burdick and Lederer were both American, they were highly objective and made the effort to see the US and its government as outsiders saw them.

Since that time, the US government has, if anything, expanded upon its presumption and arrogance, declaring in no uncertain terms that it regards itself as the world’s policeman and will enforce its power wherever it sees fit, globally.

In recent decades, it’s demonstrated that conviction, by invading numerous far-flung nations, often for flimsy reasons and, indeed, sometimes for reasons that later proved erroneous. Tellingly, even when the US has been caught destroying a country for a trumped-up reason, the US offered no apology but continued its aggression.

Americans themselves appear to be of mixed opinion on this behavior. Some Americans recognize the presumptuous and arrogant manner of their leaders and decry such behavior and even fear where it may ultimately lead the US. Yet, others parrot their government’s position that a bit of milk may need to be spilled if the US is to "make the world safe for democracy." (They often proudly take this stance, even though invading a country halfway around the world, destroying its cities, killing its people and destroying its economy, only to install a puppet government, can hardly be called democracy.)

How Does The World Outside The US See The US?

Well, many assume all Americans resemble their leaders – dangerous sociopaths, who represent a threat to the rest of the world. Others are more objective and recognize that the American people and the American leadership are not one and the same. This latter group tends to have greater sympathy for Americans themselves, whilst remaining guarded about their leaders.

However, generally speaking, the world at large observes US national behavior and sees the US as a whole as a potential (if not current) threat. Americans who might nod their heads at this statement are likely to think in terms of the Middle Eastern and Asian countries and they would be correct. However, it goes further than this.

As the "world’s policeman," the US government frequently decides to punish nations that fail to kowtow to it by applying economic sanctions. The US then advises its allies that they will be expected to do the same. It is at this point that those who had thought themselves allies of the US say, "Hang on, it may not cost you anything to apply these sanctions, but it costs us a great deal."

As Thomas Jefferson said, "History hath shewn that, even under the best forms, those entrusted with power have, in time and by slow operations, perverted it into tyranny." For example, when the US applied sanctions to Russia, then required those sanctions to be supported by countries in the EU, and some in Europe said, "But we get most of our gas from Russia. If we support US sanctions, they may understandably cut off our gas. Unless the US can replace that gas, our people will freeze this winter." Further, the US government is becoming increasingly pointed in its threats of warfare to those perceived adversaries that they’ve not yet invaded – a development that’s increased the nail-biting by both the governments and peoples of US allies.

So, What Are We To Make Of All This?

Well, such developments are nothing new historically. Throughout the ages, whenever an empire has become like the pawn in the photo above and has come to see itself like a king, arrogance and presumption have tended to have become the rule. As tensions build, old allies attempt to hold their positions, but, when the volcano eventually does blow, they tend to head for the hills. It’s for this reason that, if and when an empire makes the fatal mistake of seeing itself as omnipotent, it learns (the hard way) that, first, it’s not as strong as it presumes and, second, that its allies were not prepared to be sacrificed for the sake of the self-proclaimed king.

It’s for this reason that "Countries fall from grace with amazing speed." This can also be said for empires, and the US presently displays all the behavior of an empire that’s teetering on the brink of its own fall from grace. Economically, politically, and socially, the United States seems to be headed down a path that’s not only inconsistent with the founding principles of the country but accelerating quickly toward boundless decay.

In the years ahead, there will likely be much less stability of any kind.