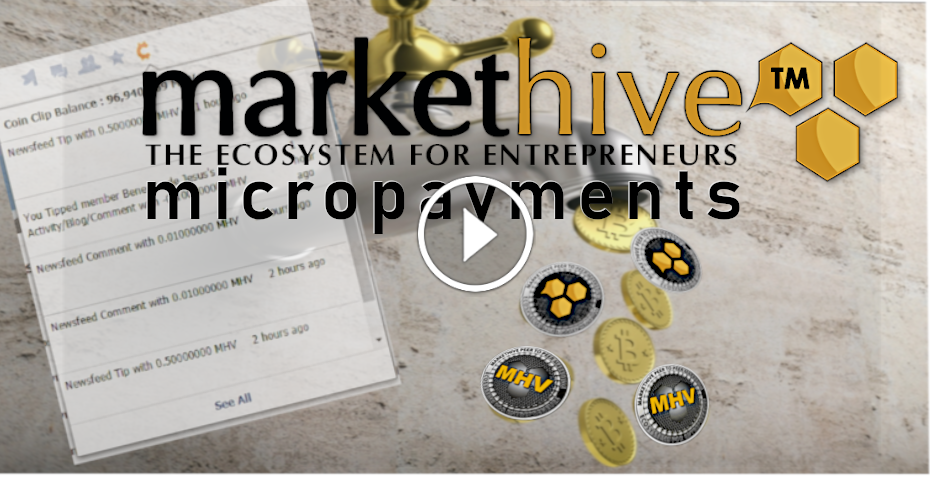 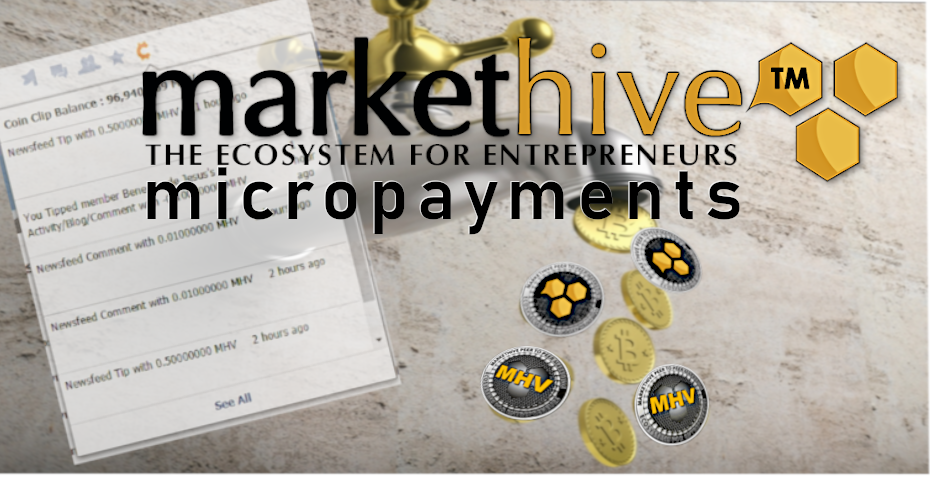 History And Purpose Of Cryptocurrency Faucets

Before we get into what defines a digital or alternative currency faucet, let’s first go back to the beginning of the Bitcoin network to provide some historical background for those who aren’t familiar with Bitcoin or cryptocurrency jargon. For many, navigating the realm of Bitcoin is commonplace; however, there are still a lot of people who, although they may have heard of Bitcoin, know very little about it. It’s hard to imagine, but there are even some haven’t even heard of it.

The Genesis Of Bitcoin

On January 3, 2009, Satoshi Nakamoto launched the Bitcoin network version 0.1 (“Genesis Block”), the world’s first wholly decentralized cryptographic financial structure. Nakamoto “mined” the initial 50 BTC from the Genesis Block of the very first blockchain and from which all other Bitcoins have sprung.

Popular speculation is that Satoshi Nakamoto does not exist, at least not as an individual. This moniker is more than likely an anonymous “alias” or an assumed name taken by the person who actually created Bitcoin, or perhaps even stemming from a group effort, with all members wanting to remain anonymous.

It was quickly recognized by certain people that it would be wise to get some “in case this catches on”, as early users could become very rich. It was estimated that if Bitcoin would become the global reserve currency, each Bitcoin could be worth as much as $10 million – that price prediction is per EACH Bitcoin!

Fast forward to May 18, 2010, which is when it’s been said the first real monetary purchase with bitcoin took place when Laszlo Hanyecz offered 10,000 for anyone who would order him a pizza, and someone did. The value of each Bitcoin in this instance was approximately $0.0025. At today’s value of BTC, the 10,000 coins in the example would be worth over $63 million.

What Exactly Is A Faucet?

A bitcoin or alternative cryptocurrency faucet is either a website or an app that gives out free bitcoins, which appeals to and attracts users by way of rewarding them with Satoshis. The Satoshi is the smallest unit of the bitcoin currency recorded on the blockchain. It is a one hundred millionth of a single bitcoin (0.00000001 BTC). The unit has been named in collective homage to the original creator of Bitcoin for completing simple tasks as described. These assignments normally require little human maintenance or intervention to administer while producing results. This is a great way for people to “get their feet wet” while earning BTC, all without risk. This “try before you buy”  introduction allows new users to experiment risk-free before putting in any real money.

The first bitcoin faucet (The Bitcoin Faucet) was created in Mid-2010 by Gavin Andresen. This first faucet originally gave out 5 bitcoins per person — worth around a penny in 2010, but worth about $57,000 today (to put into perspective, back in 2014 these same 5 coins would have only been worth around $4,000).

Since then, the number of alternative cryptocurrencies or Altcoins has become available and stands at over 1600 and growing. Many have lost their luster and won’t survive or at least won’t increase in value. The few stronger ones with a purpose and underpinned by solid technology will survive and have created a faucet system. 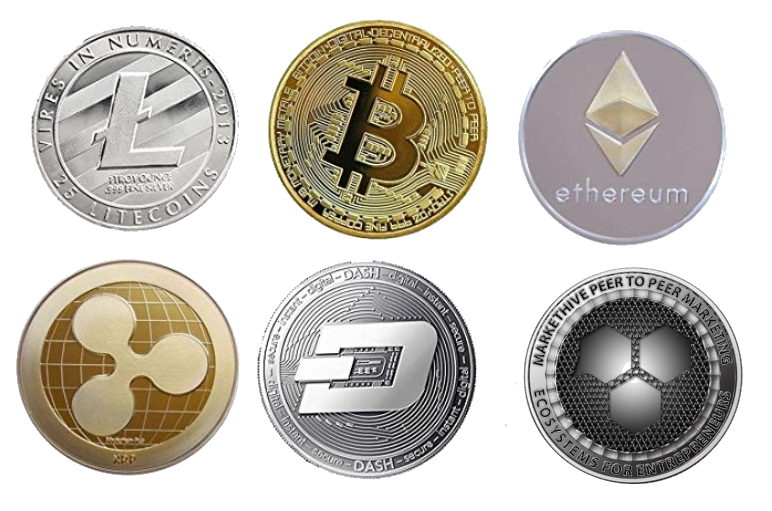 What Is The Purpose of a Faucet?

Faucets can help with orientation of those individuals who are new to cryptocurrencies such as Bitcoin or to other Altcoins. The bulk of faucets provide education and instruction to new users while giving them some free coins so that they can “earn as they learn” without risk. This allows for practice with one or more “test runs” before they would feel comfortable enough to move forward, putting in their own money. Since this whole “adventure” is relatively new and overwhelming or confusing to newcomers, the faucet provides a useful way to promote the use of cryptocurrencies, while at the same time attracting new users.

Faucets are heavily trafficked sites. It is not all that challenging to get a vast amount of page views and visits per day to any website handing out what represents money for free. A faucet can also provide a tremendous way in which to promote other products, services or content, especially to the new users.

It’s one thing to create a well-liked faucet to attract new users while maintaining their existing database in what is a highly competitive market. However, without promotion of extra value to the site’s visitors and users, it’s almost impossible to even make enough to cover the expense of the coins you are giving away. The only real way in which to generate profit from a faucet is by seeing needs and/or what’s trending in the marketplace (namely online via the internet), and then offering something additional to the users that are unique and useful. This can make a site particularly attractive, setting it apart from all the rest, while creating much in the way of value for users.  If done right, this is also what can get the site to go “viral”, as news spreads very quickly via the net.

Commonplace is for faucets to have some sort of referral program, where even more is “given away” and existing users referring new ones are rewarded with either a pro-rated amount of the new users' earnings from the faucet or perhaps some sort of pre-determined set amount by way of a matching bonus.

The creation of a faucet means the establishment of a payment processor or in this case a cryptocurrency wallet. A cryptocurrency wallet stores the keys (public and private) which can be used to receive or spend a cryptocurrency. Once created, the owner of the faucet then loads some bitcoin or other alternative crypto coins into their wallet. Then, payments for users are distributed to each person’s appropriate wallet, according to the site’s rates as outlined. These payments can then be transferred and converted into fiat currency creating liquidity. 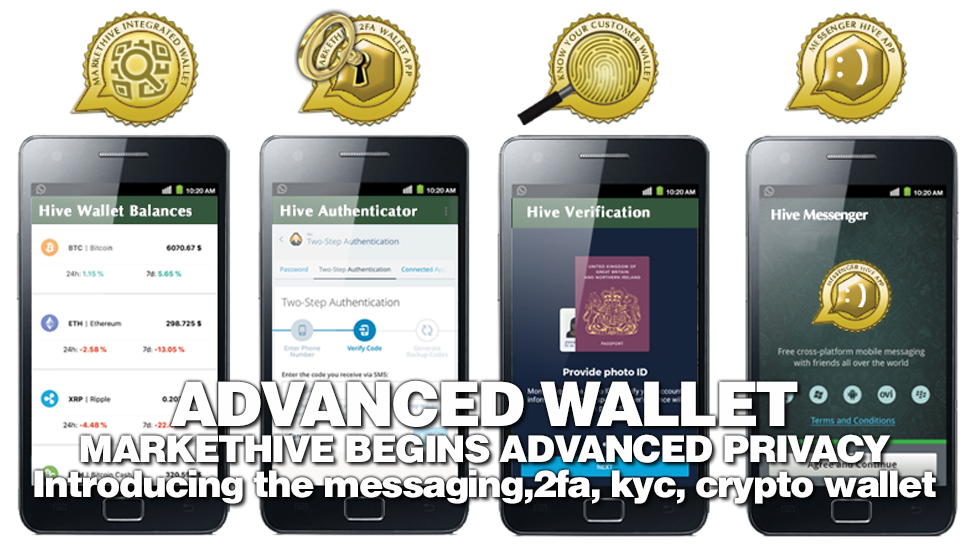 The main revenue source for faucets is marketing/advertising. Faucets attempt to acquire more users by giving away free coins for motivation. There are even some advertising, marketing sites or networks who will pay using bitcoins or other altcoins. In and of themselves, faucets normally provide very low-profit margins or ROI. Some faucets also make money by “mining” altcoins in the background.

Markethive is determined to take a large share of the new Market Network that is the next generation following the Social Network phenomena. That Market Network is defined as a platform that is integrated with a social network (like Facebook), SAAS tools (like GoToMeeting, ZOOM and Google Apps) commerce platforms (like eBay, Freelancers, Coinbase, Alibaba).

Markethive has created its own consumer coin, MHV, as an instrument to their Ecosystem for Entrepreneurs. So Markethive will establish their niche as the only social (Market) Network that has an infinity Airdrop and a system that rewards the users for using it with additional micropayments, otherwise known as a Faucet.

Bottom line, by joining Markethive you will get a Market Network Inbound Marketing platform worth $2500 per month for free and get “Airdropped” paid up to 500 Markethive coins [MHV] just for joining. And continue to receive these coin assets for the duration of your life within the hive. At present, MHV is valued at $0.23 on the Raisex Exchange and coinranking.com. This means your Airdrop of 500 MHV is worth $115 USD!

The Markethive platform pays you micropayments of MHV, similar to faucets. After you have 3+ people subscribed into the free Markethive Network via your profile page, the faucet, micropayment system activates and from there on, all activity within the system pays you small but consistent coinage to your wallet daily. Being the entire system runs on Markethive coin, you can expect the volume demand and increased velocity of the coin to also drive coin value accordingly. This is one of the main reasons we refer to our system as being a legitimate alternative to universal income, one based on ethics and integrity, not government-mandated theft and graft.

Notably, it is not just another payment service provider other Social Media platforms have adopted. You actually earn MHV Coins and now is a perfect time to accumulate your coins. When the Markethive Exchange is implemented into the system, you’ll be able to convert it into the currency of your choice.

Get Paid to Learn

Markethive is truly dedicated to your education, success, and sovereignty. Not only have we have made the Inbound Marketing Platform free (Compared to Marketo that costs as much as $25k per month), we pay you up to 500 coins just for joining, pay you micropayments just for using the system after you have qualified by signing up 3 new subscribers (similar to faucet systems that pay out micro amounts of Bitcoin), we also pay you for taking our tutorials (no qualifications required, just a Markethive Wallet and each lesson you complete you receive an accolade on your profile and coin in your wallet). How cool is that?

The Markethive coin will not be dependent upon speculative value as is the case with other cryptocurrencies and platforms, thereby creating eternal economic velocity in the entrepreneur ecosystem within Markethive. This is a fundamental difference to the other systems currently out there today.  The Markethive system has been developed to produce revenue in the traditional sense with the added benefits of the blockchain taking it to the next level.

The Faucet system is a reward system similar to Hive Rank but earns you coin for your activities. As I mentioned earlier, the first Faucet invented was the Bitcoin faucet launched by Gavin Andresen, one of the earliest Bitcoin developers, in June 2010. At that time Bitcoin was about 8 cents. It gave out 5 Bitcoins a day until 2011 when it ran out of coins. Markethive has embraced this reward system and applied it to the many marketing and communications aspects within Markethive.  The big what if, is…in 10 years will Markethive coin have a similar rise in value? I will let you ponder that ageless question.